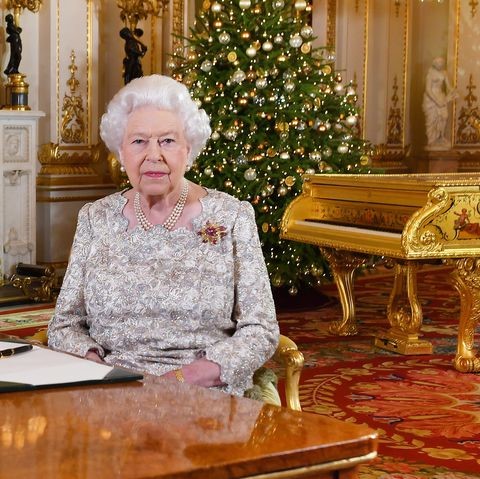 It is no secret that the British royal family is filled with talented musicians. Prince Charles is a skilled classical violinist, while Princess Anneis is an accomplished equestrian. Even Prince Harry dabbles in DJing! So it should come as no surprise that Queen Elizabeth II could play piano.

Back in 2018, you may have noticed an eye-catching golden piano tucked neatly in the corner of the picture..This beautiful instrument has been an integral part of the royal music collection for many years, and it has played a central role in some of Britain’s most important musical events. Despite its age, this timeless piece delights audiences with its exquisite beauty and rich, melodic sound.

This piano has been around for over 150 years. It was originally built for Queen Victoria, who was a keen musician along with her husband, Prince Albert. Both played piano, Queen Victoria sang and Prince Albert played the organ too. Music was central to their lives; they regularly played arrangements of overtures and symphonies.

This gorgeous, and indeed revolutionary piano, is a spectacular instrument with a unique story. It’s certainly one of a kind, built in 1856 by the company S & P Erard. Having previously been a supplier to the French nobility in the 18th century (including commissions for former Queen of France Marie-Antoinette), the firm was at the cutting edge of piano design and their pianos were played by many of the greatest pianists e.g. Liszt and Mendelssohn. Felix Mendelssohn was a guest in Buckingham Palace on numerous occasions, even arranging a four-handed version of some of his famous Song Without Words, a collection of short lyrical piano pieces, for Queen Victoria and Prince Albert. Mendelssohn was Queen Victoria’s favorite composer.

The piano for Queen Victoria incorporated a recent invention by the piano manufacture’s founder, Sébastien Erard, called the double escapement action. This allowed rapid repetition of a single key, a feature which paved the way for more virtuosic performances by solo performers.

In addition to revolutionary technology, the new piano was a vessel for tradition; the gilded case is taken from an earlier piano owned by Queen Victoria. The casing, which features motifs of cherubs and monkeys playing musical instruments, was enlarged and cased the new pianoWhether you are a royal music aficionado or simply enjoy the beauty and craftsmanship of fine pianos, this grand piano is sure to delight.Pianos from S & P Erard that date from a similar period have been sold for £138,000. But with such an intensely beautiful design and historical significance, the piano could easily sell for much, much more.

The Queen was an artistic prodigy who has been beloved by the British people since she ascended to the throne. Before getting Her Royal Highness’s degree in Music from the University of London, The queen was given two degrees: Bachelor (Honorary) and Doctorate in Arts/Humanities which symbolize how dedicated this amazing woman truly felt to music. Both Queen Elizabeth and her sister, Princess Margaret, were avid piano players when they were younger –they began taking piano lessons at a young age and quickly developed deep love for music. The pair were taught how to play by the Queen Mother. During the wartime period, they were placed under the tutelage of St George’s Chapel’s resident organist.

The late Queen eventually turned her attention to other interests such as the outdoors, her dogs and horse racing, but her passion for music was evident in her many years of patronage to musical institutions and her support of up-and-coming talent.

Queen Elizabeth was a patron of the London Symphony Orchestra, and she has attended many of their performances over the years. In 2012, she even took part in a special performance to mark the orchestra’s 60th anniversary.The Royal Academy of Music (a world-renowned music school located in London, England ) was also under queen’s patronage since 1952.

Her son, King Charles III, has been President of the Royal College of Music for almost four decades, and an advocate for classical music.

Certificate of Merit with state honors for Russian Academy of Music students.