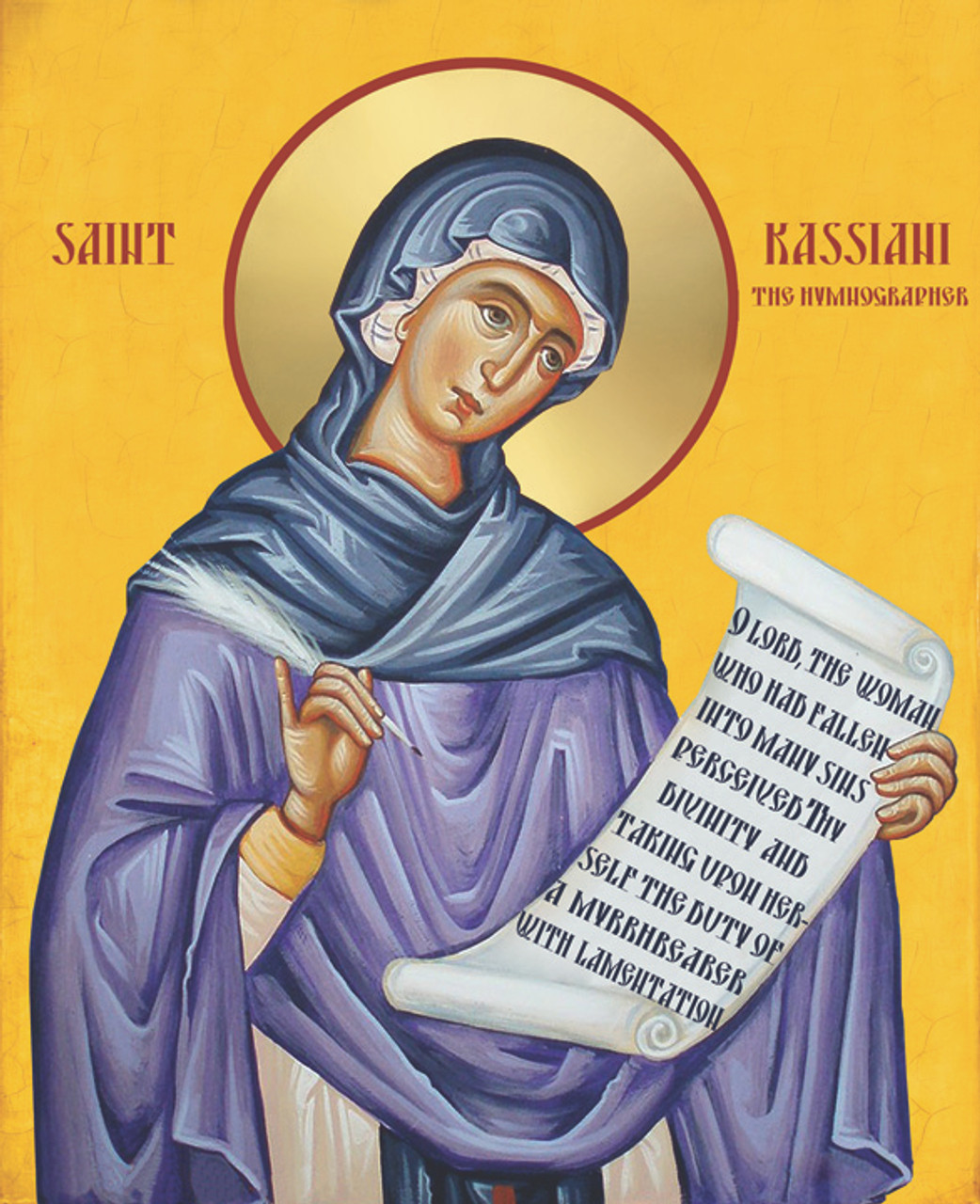 About two hundred years earlier ( than Hildegard of Bingen), in Constantinople lived a girl named Kassia/ Cassia, who also chose a spiritual career. However,there is a legend about her participating in a “bride show”(the means by which Byzantine princes/emperors sometimes chose a bride, by giving a golden apple to his choice ) organized for the young emperor Theophilus.

Smitten by Kassia’s beauty, the young emperor approached her and said: “Through a woman came forth the baser things” -referring to the sin and suffering coming as a result of Eve’s transgression. Kassia promptly responded, “And through a woman the better things,” referring to the hope of salvation resulting from the incarnation of Christ through the Virgin Mary. Young Emperor was not satisfied with her answer and have chosen another bride.

Despite many scholars attribute her choice of monastic life to bitterness about Theophilos’ s rejection, letter from Theodore the Studite  indicates that she had other motivations.

Cassia was born into a wealthy family, with the family’s money, she built a monastery. In this monastery she was tonsured and,not surprisingly, was elected as abbess.

She holds a unique place in Byzantine music, as the only known woman whose music appears in the Byzantine liturgy. Approximately fifty of her hymns are extant, most of which are stichera, though at least 26 have uncertain attribution.

The authenticity issues are due to many hymns being anonymous, and others ascribed to different authors in different manuscripts.The researchers note that not only the music, but also the poetry of Cassia are quite original and show her remarkable knowledge of the Christian dogma. It is believed that she also wrote a number of epigrams ridiculing stupidity and ignorance, but this has nothing to do with music. 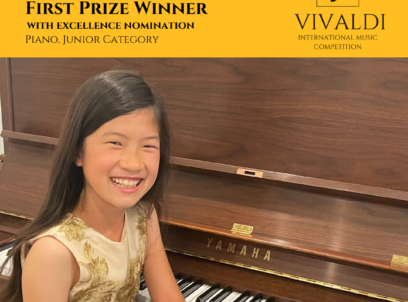 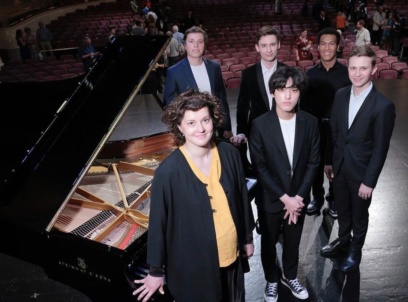